Everyone’s releasing something these days. It seems every week brings a new album or EP from people I’ve known or performed with, either back in Ireland or as part of the sprawling ASG network here in Amsterdam.

I’m listing Max here first as his new album is definitely the most unique, imaginative of all. 5 Second Songs is a collection, well, five second songs. Twelve of them in all, each a perfectly packaged miniature – I read someone else describe them as musical haikus. When I first heard about this I thought it was a nice gimmick, but nothing more. On listening to them I realised that the album is a fully formed work of art. I can’t say whether there’s any future in the five second song as a form, but Max is definitely some sort of pioneer. And on top of all that he’s one of the loveliest people you could meet. Listen to the full album here: 5-secondsongs.blogspot.com (It’ll only take a minute!)

We’re off to the launch of his self-titled debut EP tonight at the Wilhemina Pakhuis. He’s a very talented guitarist who writes songs that combine insistent melodies with interesting lyrics. I’ve seen him perform many times, mostly at ASG nights at the Backstage Hotel and previously at Sappho, and I really hope this EP will open some doors for him. He’s a nice guy and modest too. You can listen to his music at casemayfield.com

I’ve just been listening to Bill’s new album online this morning and I’m impressed. I really loved the lead single from his previous album, Offer Up The Hope, and at first listen there seem to be lots of strong tracks on the new album. I studied at DCU with Bill all those years ago – many’s the time he ran the PA system for me at gigs. I haven’t seen him performing live for many years, so hopefully one of my visits home will coincide with a gig soon.

The new album is called You Can’t Buy Back Your Life – you can get it here: bcoleman.com

Amarins and her band are also part of the ASG scene. I was sorry to miss the launch of their album When The Whales Sing last weekend. They combine a bunch of stringed instruments, an accordion, a sprinkling of brass, percussion and some sweet backing vocals on quirky songs with a gypsy-ish kind of vibe. Their live performances are polished and entertaining. You can find their music here: amarinsmusic.nl

I’ve known Chris for longer than anyone listed in this post – more than 20 years now. He’s a gifted musician who grew up on a diet of Beatles and Bowie, and you can hear it in his music. His first “proper” album Twisted City was released a few years back – I like to listen to it from time to time. I haven’t heard much of his new album Lady Gasoline yet – what I’ve heard is certainly very polished and well recorded. I’m not sure whether I like the songs as much as those on Twisted City, but maybe they’ll grow on me. In any case, I wish him well. And he gets ten out of ten for imaginative online promotional activities, something else he has a talent for. His internet house is here: chrissingletonmusic.com 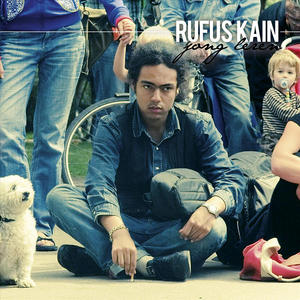 I happened to be in Cafe Sappho the very first night that Rufus Kain came along to the ASG open mic night around April 2009. He had only been playing guitar for a short time and was new to the singer-songwriter thing, having previously done some rapping. So it’s impressive that he released his first album just over a year later, earlier this summer. Jong Leren (which I’m told is a pun that suggests both a young teacher and a juggler) is a collection of Cohen-esque folk songs. As my Dutch doesn’t go far beyond ordering a beer I don’t know what he’s singing about most of the time, but the sound is warm and he’s developed into an engaging live performer. Practise your Dutch here: myspace.com/rufuskainmuziek

Danielle Cornelissen is a self-described “harmony-singing-bird”. She has a great singing voice and brings a welcome warmth and enthusiasm to ASG nights. I bought her debut EP – called Debut – this week; her voice sounds great on well-recorded studio tracks. There’s a nice cover of Ring of Fire there too. You’ll find some of her tunes here: myspace.com/danalyze

2 replies on “Musical friends and aquaintances”

hi eoghan,
just saw this blog, thanks for putting me up, really nice!